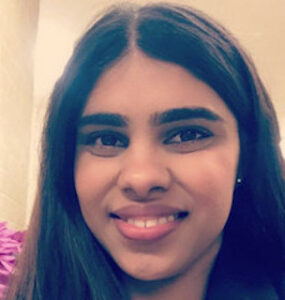 What is Sustainability?  The word “sustainability” can bring to mind many different aspects for the majority of people. You may consider wind farms, recycling, electric vehicles, or planting trees — but it is truly all that and more. Sustainability encompasses everything necessary to meet our current needs without compromising the ability of future generations to […]
See the full story

8 Transformative Benefits of AI in Manufacturing

AI was introduced in manufacturing in the late 1970s. But nothing much changed until 1997. In 1997, a computer powered by AI called Deep Blue beat chess champion, Garry Kasparov. After that, manufacturers realized the key to efficiency, productivity, and profitability lay not in humans but in machines. Since then, AI in manufacturing has evolved […]
See the full story

What is Finite Element Analysis?

Finite Element Analysis (FEA) is the use of partial differential equations to create a computerized simulation for predicting how a product will react when subjected to real-world forces using the finite element method. The finite element method is similar to computational fluid dynamics (CFD) analysis except instead of solving fluid-flow problems you are solving structural […]
See the full story

If you’re experienced in injection molding, you probably can identify warpage in your sleep. Your average consumer certainly notices when a component that should be smooth and flat is misshapen. But pinpointing the cause? That can be more complicated. And it’s important because plastic injection molding offers opportunities to reduce or avoid unintentional bending. But […]
See the full story

It’s the day you’ve been waiting for: you’re going to buy a new car. On the lot, you eye different models. You already know the performance specs you want, so right now you’re all about style. When it comes to the look of the vehicles, a certain curve and flow is appealing, while the look […]
See the full story

Equipment manufacturers in various industries recognize the power of particle simulation and modeling in engineering to develop energy-efficient and cost-effective designs. One key principle is to apply virtual engineering at the beginning of the design cycle — before major manufacturing costs are incurred. While the material handling industries have different challenges compared to others, it […]
See the full story

Powered Up for Accuracy: The Capabilities of Ansys Mechanical

The need for innovation is becoming more important as warranty costs and competition pressure has gone up. Simultaneously, increasing product complexity presents structural engineers with even more difficult design challenges. Ansys Mechanical has the capabilities you need to address the convergence issues because of mesh distortion, as well as thermo-mechanical fatigue (TMF) and crack progression […]
See the full story

Quantifying the Impact of Simulation Across Product Lifecycle

Quantifying the Impact of Simulation Across the Product Life cycle It is very important to reduce the cost of product innovation, development, and manufacturing. Manufacturing firms have faced pressures; from meeting delivery deadlines to reducing development budgets. More importantly, in the current economy, companies have had to implement cost reduction strategies while planning to gain competitive […]
See the full story

How to use Ansys Fluent Meshing Workflow for Watertight Geometry

In this Ansys Virtual Academy, a monthly on-going webinar series on all things simulation, we walked viewers through the guided meshing workflow for watertight geometry. Ansys Fluent is the world’s most powerful, widely known, general- purpose computational fluid dynamics (CFD) tool. The session followed the easy and intuitive steps in the guided workflow to auto-generate […]
See the full story